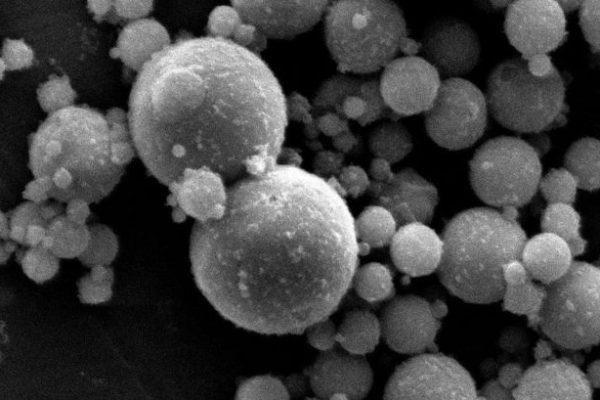 Ash instead of cement: a new eco-friendly concrete

Chemists have developed a mixture based on ash, which is able to replace cement in concrete. The new technology allows to kill two birds with one stone: to utilize waste from thermal power plants and to reduce environmental damage from cement production. The achievement is described in a scientific article published in the Journal of the American Ceramic Society by Sung Hwang and Rouzbeh Shahsavari of Rice University in the United States.

Annually in the world more than 20 billion tons of concrete are produced. In this case, as a binder, Portland cement is usually used in it. Meanwhile, the production of this reagent is not harmless from an ecological point of view. In particular, it provides 5-10% of global emissions of carbon dioxide. According to this sad indicator, the cement industry is on the third place among the branches of the economy after transport and energy. The thing is that the production of cement requires a high temperature, and it is achieved by burning fossil fuels.

Therefore, chemists in many laboratories in the world are struggling to create an eco-friendly replacement for this building material. Many specialists drew their attention to fly ash, which is formed when coal is burned in thermal power plants and boiler houses. It still needs to be disposed of, so why not put waste into the business?

“Producers usually mix 5 to 20 percent of fly ash in cement to make it” green, “but much of the mixture still remains cement,” Shahsawari said in a research release.

To increase this indicator and to make thus economically cost-effective product till now nobody managed. The point is that when using as a binder, ash requires a large number of chemical activators based on sodium. As a result, the mixture is unreasonably expensive.

In addition, until now only the ash of the best grades of solid fuel was used.

“Most of the previous work has focused on the so-called fly ash type F, which is obtained when burning anthracite or bituminous coal at power plants and contains little calcium,” explains Shahsavari. “But there are significant sources of lower quality coal all over the world, such as lignite or sub-bituminous coals.” When burned, they lead to the formation of ash type C with a high content of calcium, which is more difficult to activate. ”

Researchers broke both trends, creating a mixture that consists of ash at 76.4-80.3%. The rest of the composition is in calcium oxide, silica nanoparticles and chemical activators based on sodium. Of the latter, the new material is less than 5%, which makes it inexpensive.

The researchers achieved this result using sophisticated computer tools. Among other things, they used a statistical apparatus known as Taguchi methods. This made it possible to significantly reduce the number of variants of the composition that had to be verified as potentially promising.

The resulting mixture has already passed the first tests. The manufactured concrete after a week-long aging has acquired a compressive strength of about 16 megapascals. That is, according to this indicator, the new material is comparable with the good old cement, differing from it with its ecological advantages.

“Our work provides a viable method for efficient and cost-effective activation of this type of fly ash with a high calcium content, paving the way for environmentally responsible production of concrete,” summarizes Shahsavari.

In future studies it is planned to evaluate the behavior of the material for a long time, in particular, its durability.

Recall that “Vesti.Nauka” (nauka.vesti.ru) repeatedly wrote about promising materials created from waste. For example, we talked about plastic from sawdust and crab shells and electronics from fallen leaves. We also paid attention to the construction sphere, telling about concrete, which protects buildings from earthquakes and turns the walls into gardens.

Previous Post TEST BUILDING MATERIALS: WHY AND WHY PROCEDURE Next Post In the Kuban began to conduct raids to identify counterfeit cement