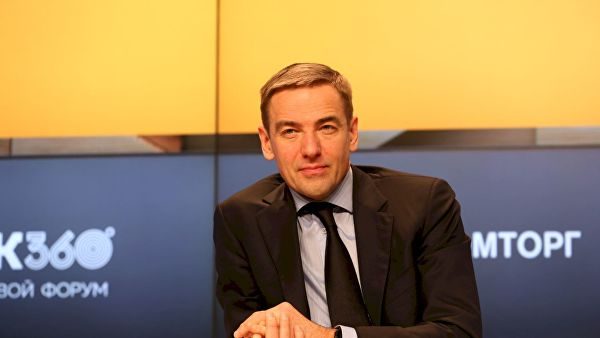 Evtukhov: four new pulp and paper mill will be built in Russia

Four new pulp and paper mills (PPM) are planned to be built in different regions of Russia, Deputy Minister of Industry and Trade Viktor Evtukhov said at a press briefing at the MIA “Russia Today”.
According to him, we are talking about the pulp and paper mill in the Vologda region, two pulp and paper mills in the Krasnoyarsk Territory and one in the Irkutsk region.
“There is a good project in the Vologda region, there are already negotiations on the supply of equipment and public discussions with local residents about a four-stage water treatment. There is a trend in pulp in the world, production rates are growing annually. Part of the foreign equipment can be replaced by domestic. We effectively harvest and process wood, and cellulose is forest waste, ”the deputy minister said.
He recalled that in Russia there are about 15 large and small pulp and paper mills, while the export of untreated wood from Russia is 9% of the harvest.
“This is a good indicator. PPM are the main drivers for the development of the timber industry, and there is no need to fear for the fact that we cut down forests. We are second only to Brazil in terms of reserves of raw materials, our calculated cutting area, that is, the volume of forest that can be harvested without harming the environment, is chosen less than 50%, ”the deputy minister said.
He clarified that the amount of investment in the creation of one large pulp and paper mill is at least 2-2.5 billion euros, or about 160 billion rubles. In addition, he noted that the ministry had taken the initiative to create a territory of advanced development (TOR) at the place where new pulp and paper mills would be built.
Evtukhov said that in the future, the pulp and paper mill may appear in the Far East.
“We will gradually tighten the requirements for those who want to export unprocessed wood outside the country. We want it to be less profitable for manufacturers. You can recycle wood in the Far East, and then export finished products abroad to China, Japan and Korea. Our forest they like. There is no pulp and paper mill in the Far East, this is an important issue, there are special types of wood, it is important not to upset the balance, ”the deputy minister noted.
Speaking about the chemical industry, Evtukhov said that the Ministry of Industry and Trade as part of a strategy for socio-economic development until 2030 plans to implement another two hundred investment projects worth a trillion rubles, 40 of which are export projects worth 600 billion rubles as part of an import replacement program.
“For the production of methanol and ammonia, we plan to implement 19 projects. This year we opened new chemical production – from film, methanol and ammonia to fertilizers, PEF and paints and varnishes. Exports of fertilizers are growing and will continue to grow, ”said Yevtukhov.
He added that the ministry adheres to a cluster approach in the chemical industry.
“We are considering the Volga cluster – this is Bashkiria, Tatarstan, Volgograd and Dzerzhinsk, we are planning to create a cluster in the Far East in order to attract investment in this region. On the one hand, it is gas processing associated with the production of fertilizers, methanol and ammonia, on the other – it is a deeper processing of oil and gas, the creation of polymers, tires and plastic fibers and threads, ”said Evtukhov.
https://ria.ru/20181225/1548677166.html