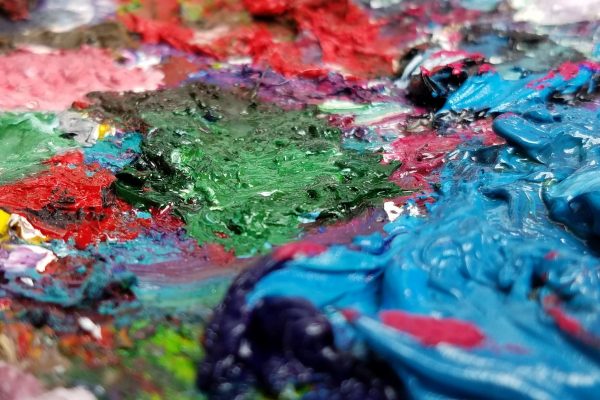 Minpromtorg postponed the transition to Russian paint and varnish materials

As suggested by Kommersant, the Ministry of Industry and Trade came to the conclusion that it was premature to paint cars with Russian varnishes and paints. Officials have not yet been able to find an approach to determining the origin of such products, and also recognized problems with production technologies, as previously reported by “Kommersant”. But the idea of ​​the department to oblige automakers to switch to domestic tires from 2020 found support from the concerns.

On November 9, at the Ministry of Industry and Trade, under the leadership of Deputy Minister Viktor Yevtukhov, a meeting was held on amendments to Government Decree No. 719, requiring to deepen the localization of automotive industry products through the use of Russian lacquer and tire products (see Kommersant of November 8) As told by the interlocutors of “Kommersant”, familiar with the discussion, officials managed to agree with market participants on the localization of tires. During the meeting, representatives of the tire industry noted that the production of key tire companies in the world was localized in the Russian Federation and they do not see any problems with the provision of carmakers to their products, Viktor Evtukhov told Kommersant. Nadezhda Churmeeva, executive director of the Tire Manufacturers Association, told Kommersant that the community will prepare its proposals on how to apply for the use of domestic tires and send them to the Ministry of Industry and Trade.

As previously wrote to Kommersant, suggesting in August to oblige automakers to use Russian aluminum to help Oleg Deripaska’s Rusal, which fell under US sanctions, the Ministry of Industry and Trade decided to take the next step in converting the automotive industry to Russian raw materials. In early November, he proposed to oblige concerns from 2020 to use tires produced only in the EEU countries. This idea did not meet with much resistance from the concerns and was supported by tire manufacturers, who asserted that the Russian power could fully meet the requirements of the automotive industry. But the Ministry of Industry and Trade also offered automakers to switch to Russian paints and varnishes, in 2020 demanding, in particular, to use at least 30% of domestic paints for bodies of passenger cars, at least 70% for trucks and at least 80% for buses. At the same time, Russia does not produce paint and varnish products that meet the global requirements of the concerns, to which “Kommersant” was indicated both by experts, automakers, and even the manufacturers of paintwork materials.

The use of Russian paintwork materials in the automotive industry after the meeting remained open. According to Kommersant’s sources, representatives of the automakers, in particular, raised the issue of the criteria for classifying such products as Russian when purchasing raw materials for it abroad. The officials of the Ministry of Industry and Trade, the interlocutors of “Kommersant” say, also had a question of determining the origin of coatings on an already painted car: it was discussed that this could only be done according to accounting documents that not everyone was ready to disclose. Viktor Evtukhov said that a decision had been taken to specify certain criteria for recognizing the origin of cars in terms of chemical components. He added that during the meeting, manufacturers of paint and varnish materials paid attention to the lack of production of cataphoresis coating systems and specific types of such products in Russia.

During the discussion, the Ministry of Industry and Trade stated that metallurgy and chemistry are industries developed in the Russian Federation and therefore it is necessary to increase the purchases of their products, sources told Kommersant. In addition, the Ministry of Industry and Trade does not abandon its idea of ​​scoring the localization level of concerns, despite the fact that the main approaches to the development of the automotive industry have not yet been agreed by the government (see “Kommersant” of 3 August and 9 November). According to the Kommersant interlocutors, it was discussed at the meeting that the automotive industry’s development strategy was focused not only on key technological operations (for example, engine localization), but also on the involvement of products from related industries — they want to offer additional points for localizing additional elements.

Vladimir Bespalov from VTB Capital believes that the localization of tires in the presence of production capacities in the Russian Federation for both the budget and the premium segment of the automotive industry is one of the easiest steps for concerns. Meanwhile, this is not a technological operation, the localization of which will bring new competences to the Russian Federation, says the analyst. In general, the inclusion in the requirements for the auto industry not only basic operations Mr. Bespalov approves, but notes that their localization should not lead to the fact that purchases in the domestic market will be more expensive than imports.